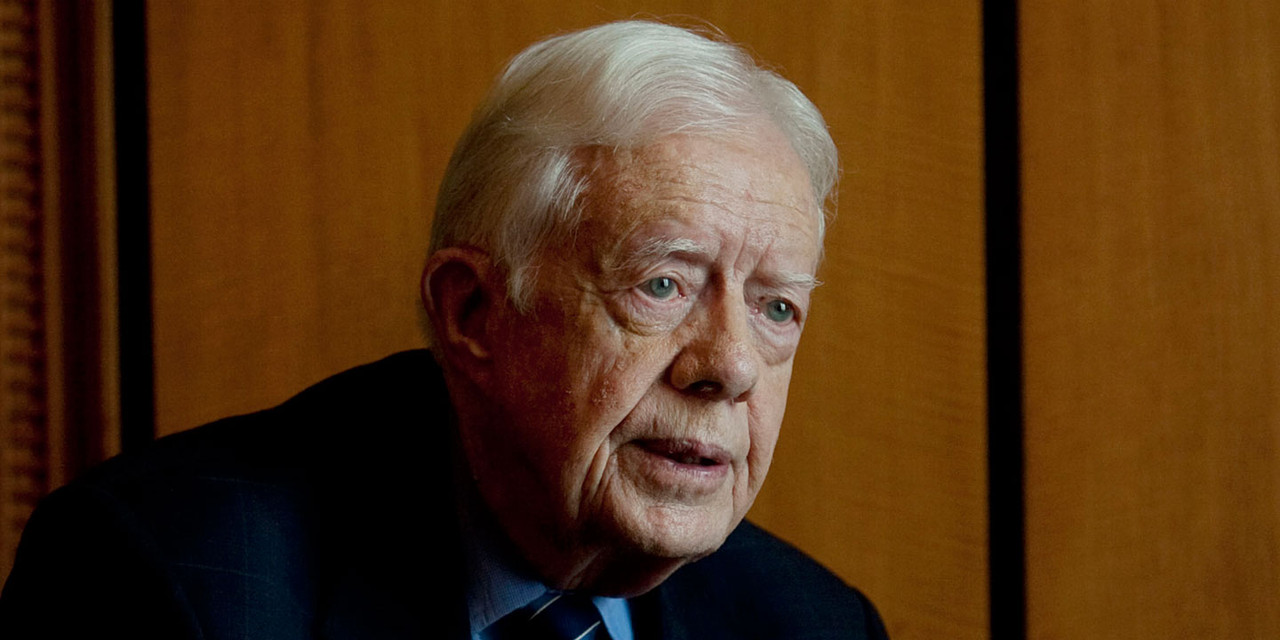 House Speaker John Boehner, R-Ohio, and President Barack Obama
WASHINGTON – The Republican-dominated Senate has given President Obama what he wants: so-called “fast-track” authority to negotiate massive trade deals with other countries, cut Congress out of the negotiations and limit lawmakers’ participation to a simple yes or no vote when such treaties are concluded.

A cloture vote to cut off debate needed 60 votes to pass. It received exactly 60 yes votes, with 37 opposed, meaning final passage of the Trade Promotion Authority, or TPA, is now just a formality.

The bill squeaked by in the House last week by vote of 218 to 208 and will soon go to the president’s desk to be signed into law.

Opponents of the deal, led by Sen. Jeff Sessions, R-Ala., were not quite able to round up the no votes needed, even though Sen. Ted Cruz, R-Texas, changed his vote to a no, after voting yes four weeks ago.

In an op-ed published Tuesday, Cruz explained that, while he believes free trade is good for America, much had come to light since his first vote.

“TPA in this Congress has become enmeshed in corrupt Washington backroom deal-making, along with serious concerns that it would open up the potential for sweeping changes in our laws that trade agreements typically do not include.

“Despite the administration’s public assurances that it was not negotiating on immigration, several chapters of the TiSA (Trade in Services Agreement) draft posted online explicitly contained potential changes in federal immigration law. TPA would cover TiSA, and therefore these changes would presumably be subject to fast-track.

“Second, TPA’s progress through the House and Senate appears to have been made possible by secret deals between Republican leadership and the Democrats.”

One of those deals appeared to be a promise to bring up for a vote a re-authorization of the Export-Import Bank before its charter expires at the end of the month. It is an institution favored by many Democrats and establishment Republicans.

Learn how to prosper in the turbulent years ahead even during the federal government’s reckless destruction of the great American entrepreneurial dream. Order your copy of WND Book’s “Killing Wealth, Freeing Wealth: How to Save America’s Economy and Your Own.

“The Ex-Im Bank is a classic example of corporate welfare,” wrote Cruz. “It is cronyism at its worst, with U.S. taxpayers guaranteeing billions of dollars in loans for sketchy buyers in foreign nations. Ex-Im is scheduled to wind down on June 30. But powerful lobbyists in Washington want to keep the money flowing.”

The House technically did pass the Trade Promotion Authority, or TPA, bill twice. But in order to ensure ultimate passage, a controversial provision was dropped the second time, one that was originally included in the Senate version of the bill. It was called Trade Adjustment Assistance, or TAA, which would have provided money to workers who lose their jobs as a result of foreign trade.

Since the Senate and the House had not passed the same version of TPA, it could not go to the president for his signature without changes.

TPA then went back to Senate, where the TAA provision was dropped from its version, in order to match the House bill.

Rank and file Democrats and Republicans both opposed TAA, but for opposite reasons: Democrats wanted the assistance extended to public-sector workers, while conservatives wanted the provision eliminated entirely as an unnecessary welfare measure in a bill supposedly designed to create jobs.

But numerous Democrats and Republican have opposed TPA for the same reason: it would cut Congress out of negotiations.

Many Democrats are also concerned massive trade deals would lower wages and cost American jobs, while a number of Republicans are concerned such agreements would bind the U.S. to the rulings of international bodies outside the control of American law.

Sessions, who has been leading the charge against TPA, is alarmed it would create an international legal body akin to the European Union, one that would have vast powers to change U.S. law, outside of the control of Congress.

Sessions penned an open letter on Sunday that claimed reams of new information have been exposed since the Senate last voted on TPA more than four weeks ago, including “information that was either not known or understood when the vote was held.”

Much of that information regards the Trans-Pacific Partnership, or TPP, a monumental trade deal between the U.S. and Pacific Rim nations that would almost certainly be passed into law, as would all “fast-tracked” trade deals, should TPA become law.

TPP includes the administration’s pledge to impose “environmental governance.”
TPP would lead to the formation of a new Pacific Union, “an enduring, self-governing political entity with vast regulatory power. Yet fast-track – which has led without fail to the adoption of every covered agreement since its inception – would rush it through with less legislative scrutiny than a Post Office reform bill.”
“The president has refused to answer the most simple but crucial questions about how he plans to use fast-track powers. He will not even answer whether he believes his plan will increase or reduce the trade deficit, increase or reduce manufacturing jobs, or increase or reduce wages.”
“In addition to the TPP are the Transatlantic Trade and Investment Partnership (TTIP) and the Trade in Services Agreement (TiSA). Together they encompass three-fourths of the world economy, and up to ninety percent of the world economy when including countries whose membership is being courted.”
“The texts of TTIP and TiSA remain completely secret –unreviewable by lawmakers themselves – yet fast-track would authorize the executive to sign them before Congress votes.”
“The president would send Congress legislation to change U.S. law to comport with these new agreements, legislation which cannot be amended, which senators cannot filibuster, cannot receive a two-thirds treaty vote, and cannot be debated for more than 20 hours.”
“The Ways and Means Committee has also now conceded that, as an unprecedented ‘Living Agreement,’ the union could change its structure, rules, regulations and enforcement mechanisms after final ratification – a dangerous and unjustifiable power.”
“TiSA would seek foreign worker mobility among 50 nations, including between the United States, Turkey and Pakistan.”
Sessions issued this statement Tuesday after the Senate voted to advance fast-track executive authority:

Americans increasingly believe that their country isn’t serving its own citizens. They need look no further than a bipartisan vote of Congress that will transfer congressional power to the Executive Branch and, in turn, to a transnational Pacific Union and the global interests who will help write its rules.

The same routine plays out over and again. We are told a massive bill must be passed, all the business lobbyists and leaders tell us how grand it will be, but that it must be rushed through before the voters spoil the plan. As with Obamacare and the Gang of Eight, the politicians meet with the consultants to craft the talking points—not based on what the bill actually does, but what they hope people will believe it does. And when ordinary Americans who never asked for the plan, who don’t want the plan, who want no part of the plan, resist, they are scorned, mocked, and heaped with condescension.

For instance: thousands of loyal Americans have been laid off and forced to train the foreign workers brought in to fill their jobs—at Disney, at Southern California Edison, across the country. Does Washington rush to their defense? No, the politicians and the lobbyists rush to move legislation that would double or triple the very program responsible for replacing them.

This ‘econometarian’ ideology holds that if a company can increase its bottom line —whether by insourcing foreign workers or outsourcing production—then it’s always a win, never a downside.

President Obama, and allies in Congress, have won this fast-track vote. But, in exchange, they may find that they are losing something far greater: the trust of the American people. Americans have a fundamental, decent, and just demand: that the people they elect defend their interests. And every issue to come before us in the coming months will have to pass this test: does this strengthen, or weaken, the position of the everyday, loyal American citizen?