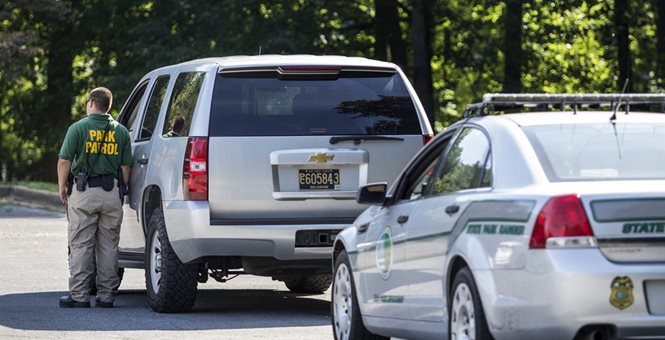 (Photo by the Associated Press)

It’s not often that a court captures a debate perfectly in a sentence or two. After all, most debates are complex things that require layers of discussion.

However, the Delaware State Supreme Court just lowered the boom on restrictions that kept lawfully owned and carried firearms out of state parks. In the process, they summed up what we’ve been saying for years regarding firearms and gun control laws.

The Superior Court earlier upheld the ban based on the “important governmental objective of keeping the public safe from the potential harm of firearms in state parks and forests,” The Court did not believe the regulations violated any constitutional rights.

“But that conclusion is based on the questionable notion — unsupported by reference to any evidence – that outlawing possession of firearms in an area makes law-abiding citizens safer because criminals will, for some reason, obey the regulations,” the Supreme Court majority found.

This is it in a nutshell. That’s what we keep telling gun control zealots over and over, and they still persist in pretending that somehow gun laws will somehow keep criminals from using firearms.

It won’t. We know this because of what transpires in places like New York City, where just this past weekend there was a gunfight between groups of men. No police involvement, just bad guys.

The criminals do not follow the rules, so as a result, gun laws only impact the law-abiding.

Some have argued that this line of reasoning could also be applied to any crime as only the criminals break those laws as well, which is sort of true. The difference is that guns allow the law-abiding to protect themselves. Laws against murder protect me. Laws against guns make me far more likely to be a victim.

That’s the fundamental truth that led the Delaware Supreme Court to their ruling.

At no point will rules forbidding the carrying of firearms actually make anyone safer. The idea that they will betrays a fundamental ignorance in the gun grabbers’ line of thinking. They don’t and they never will.

It’s part of why so many Second Amendment advocates refuse to visit establishments where their firearms aren’t welcome. They know that if they comply with that rule, they may well be the only one who complies with it. The violent felon with anger management issues won’t care. He’ll ignore the law and we all know it.

That leaves me and mine disarmed except for the magical thinking of people who believe these rules actually accomplish anything.

For residents of Delaware, it seems clear that their supreme court has their back. It seems their court understands that rules only inhibit the lawful and does nothing to the criminal except, at best, add another charge they can have leveled against them. If that’s the goal, so be it, but don’t pretend it’s a safety issue.

Rules like that make Americans less safe, and we all know it. If only the gun grabbers would learn that lesson rather than pontificating endlessly on just how superior they are simply because they want to disarm the average American.