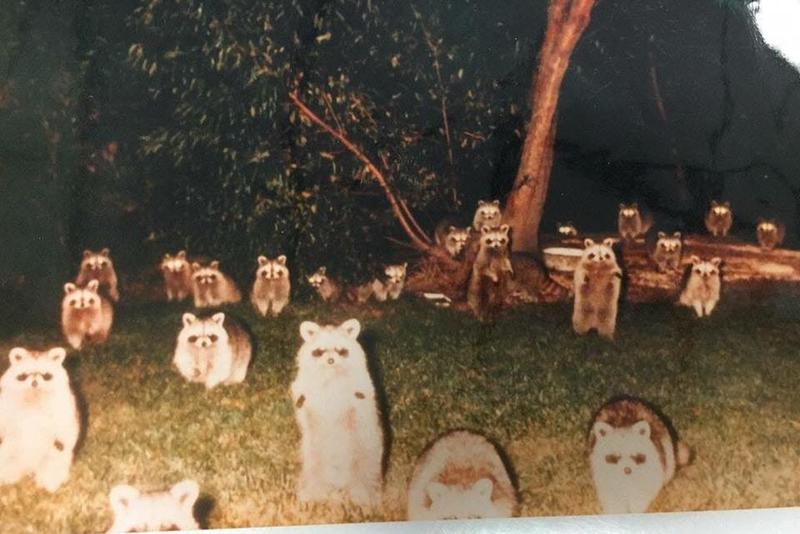 Source: Pinterest
If your dog’s food is disappearing from your back porch every night before Fido has a chance to eat it, there’s a good chance some uninvited critter is showing up for free meals. A woman who’d had enough of the kibble poaching set up a camera on a motion detector to try to catch the thieves in the act. Raccoons were a logical culprit, and they’ll often arrive in groups, but a couple dozen brains-hungry zombie raccoons? Don’t believe what you see — they were just regular raccoons, eerily lit by the flashbulb. And yes, raccoons do stand up, usually when startled or threatened. Unexpected flashes from a camera (the woman is said to have captured multiple pictures) will do that.