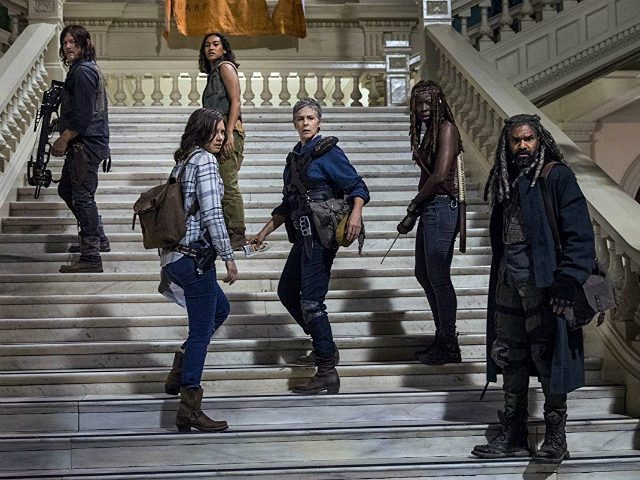 After multiple threats to boycott from Hollywood elites and major production studios from Disney to Netflix, Georgia has become home to nearly 40 movies and TV shows set to film in the state this September, according to a report from Project Casting.

Several companies are attracted to Georgia because the state provides up to 30 percent back in tax incentives. Georgia is also considered the “number one filming location in the world,” as Georgia Film, Music and Digital Entertainment Office’s deputy commissioner reported.

Scores of Hollywood directors, producers, and actors like Alyssa Milano threatened to pull their productions out of the state. Milano, whose Netflix show Insatiable filmed in Georgia, launched a sex strike in protest of Georgia’s abortion law.

In May, several major film production companies, including AMC Networks and WarnerMedia — the parent company of CNN, HBO, and TNT — threatened to cease filming in Georgia unless the “Heartbeat” bill was repealed.

A statement provided by AMC at the time read:

If this highly restrictive legislation goes into effect, we will reevaluate our activity in Georgia. Similar bills — some even more restrictive — have passed in multiple states and have been challenged. This is likely to be a long and complicated fight and we are watching it all very closely.

However, according to the Project Casting report, AMC and The Walking Dead have decided to stay in the Atlanta suburbs to continue filming the hit zombie apocalypse drama.

Netflix’s Stranger Things, which is one of Atlanta’s biggest filming TV shows and questioned filming in the state over the abortion law, has decided to remain, according to the report.

In addition to The Walking Dead and Stranger Things, other films and TV shows, including Netflix’s hit crime drama Ozark and the Eddie Murphy comedy Coming 2 America, have decided to take part in Georgia’s incentive including:

For a full list of the movies and TV shows filming in Georgia this September, click here.

Republican Gov. Brian Kemp of Georgia signed into law the “Heartbeat” abortion bill than bans most abortions once a fetal heartbeat can be detected on May 7, 2019. At the end of June, the law was challenged in court by pro-abortion advocates who claimed the abortion law is unconstitutional. The law is expected to go into effect on Jan. 1 2020.