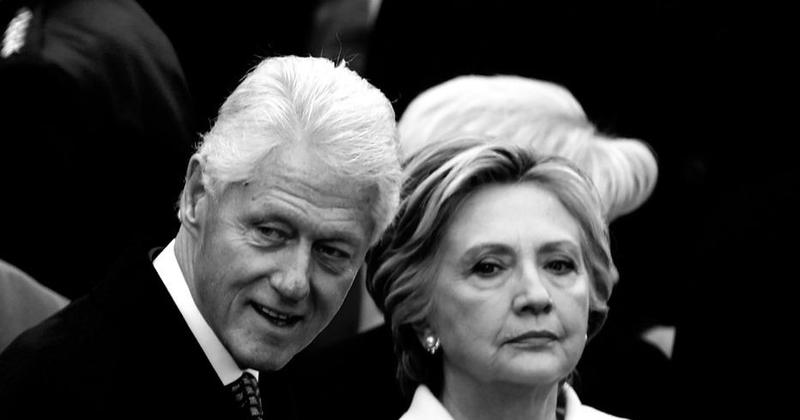 The State Department’s Bureau of Diplomatic Security has finally finished sifting through millions of emails from Hillary Clinton’s controversial ‘basement server’ – many of which were classified, and/or blind-copied to a Gmail address bearing the name of a Chinese company according to intelligence community inspector general (ICIG) Frank Rucker.

While State Department investigators began contacting former officials around 18 months ago, the probe actually began under President Obama. In recent weeks, the State Department has contacted approximately 130 officials whose emails which went through Clinton’s special server have been retroactively classified and may now pose potential security violations, according to the Washington Post.

“This has nothing to do with who is in the White House,” said a senior State Department official. “This is about the time it took to go through millions of emails, which is about 3½ years.”

The flood of letters which began in August read “You have been identified as possibly bearing some culpability” regarding “security incidents,” according to the report.

The list of State officials being questioned includes prominent ambassadors and assistant secretaries of state responsible for U.S. policy in the Middle East, Europe and Central Asia. But it also includes dozens of current and former career bureaucrats who served as conduits for outside officials trying to get important messages to Clinton.

In most cases the bureaucrats and political appointees didn’t send the emails directly to Clinton, but passed them to William Burns, who served as deputy secretary of state, or Jake Sullivan, the former director of policy planning at the State Department. Burns and Sullivan then forwarded the messages to Clinton’s private email. -WaPo

President Trump’s opponents will likely take WaPo’s editorialized cue and accuse the president of targeting political adversaries – like the Obama administration did with the IRS. Note how WaPo is lying in order to bolster the new narrative behind the Clinton email revival – claiming that Trump “used multiple levers of his office to pressure the leader of Ukraine,” when the leader of Ukraine announced on Wednesday “Nobody pushed me” to investigate former Vice President Joe Biden – nor did he know about $400 million in US military aid Trump paused prior to a July 25 phone call.

To many of those under scrutiny, including some of the Democratic Party’s top foreign policy experts, the recent flurry of activity surrounding the Clinton email case represents a new front on which the Trump administration could be accused of employing the powers of the executive branch against perceived political adversaries.

The existence of the probe follows revelations that the president used multiple levers of his office to pressure the leader of Ukraine to pursue investigations that Trump hoped would produce damaging information about Democrats, including potential presidential rival Joe Biden. -WaPo

So while the State Department said they are bound by law to adjudicate any violations, former Obama administration officials say the probe is a ‘remarkably aggressive crackdown.’

“It is such an obscene abuse of power and time involving so many people for so many years,” said one former US official of the inquiry, adding “This has just sucked up people’s lives for years and years.”

WaPo lies again in suggesting that President Trump has no grounds to pursue Clinton associates as he has “improperly disclosed classified information to foreign officials.” Except that the president has an inherent constitutional authority to declassify information at will, meaning the rules of disclosure of classified information don’t apply to him.

Back to the Clinton email saga, WaPo reports that in many cases, “the incidents appear to center on the sending of information attributed to foreign officials, including summaries of phone conversations with foreign diplomats — a routine occurrence among State Department employees.”

There is no indication in any of the materials reviewed by The Post that the emails under scrutiny contained sensitive information about classified U.S. initiatives or programs. In one case, a former official was asked to explain dozens of messages dating back to 2009 that contained messages that foreign officials wanted relayed rapidly to Washington at a time when U.S. Foreign Service officers were equipped with BlackBerrys and other devices that were not capable of sending classified transmissions. The messages came in through “regular email” and then were forwarded through official — though unclassified — State Department channels. -WaPo

And while The Post may have no indication that any of the emails contained sensitive information about classified US initiatives or programs, they don’t disclose how many of the underlying emails they reviewed, or who they came from.

According to the report, many of those contacted in the probe have been found “not culpable” – with many letters reading that investigators “determined that the [security] incident is valid,” but that the person did not “bear any individual culpability.”