The Dumbing Down of America… 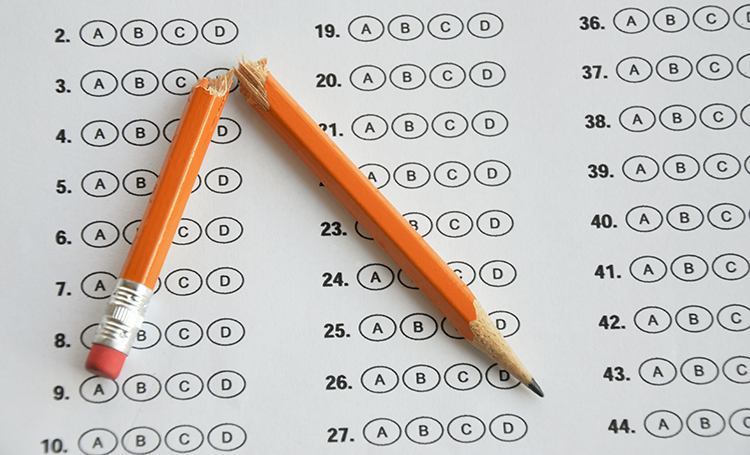 Ten law schools are out of compliance with an ABA accreditation standard that requires a bar passage rate of at least 75% within two years.

The council of the ABA’s Section of Legal Education and Admissions to the Bar, which met remotely May 15, posted the findings to the section’s website Wednesday. For the following schools, the council found “significant noncompliance” with Standard 316. This is the first year compliance was determined based on two-year bar passage rates.

Standard 316 was revised in 2019 to state that at least 75% of an ABA-accredited law school’s graduates who took a bar exam must pass one within two years of graduation. This year, compliance is based on 2017 graduates.

Previously, the council allowed all sorts of exceptions—including having a 75% pass rate for all graduates over the five most recent calendar years, or at least three of those five years. It’s been said no law school has ever been out of compliance with it.

In March, it appeared that 11 ABA-accredited law schools had bar passage rates below 75% for 2017 graduates. Out of those schools, only Faulkner University’s Thomas Goode Jones School of Law did not receive public notice of significant noncompliance. According to ABA data, its bar passage rate for the class of 2017 was 62.5%.

In February, the council determined that it had reason to believe Faulkner Law was noncompliant with Standard 316, according to a May 20 council decision Charles B. Campbell, the school’s dean, shared with the ABA Journal. However, Faulkner Law successfully argued that “the poor performance of the class of 2017 represented an anomaly” and demonstrated that the ultimate bar pass rate for its class of 2019 cannot fall below 79% since 49 of its 62 graduates have already passed a bar exam. Faulkner Law’s interim ultimate bar pass rate for its class of 2018 is 75.6%.

The law school also told the council that its low bar passage rate for the class of 2017 was likely due to changes in leadership and many transfers out by top students in the 2014 entering class. The law school credits legal education improvements and higher admissions standards for higher bar passage rates in subsequent years.

Neil Fulton, the dean of South Dakota School of Law, says he told the council his school’s interim ultimate class of 2018 bar passage rate is 79% when it notified him in February about potential noncompliance with the standard. Fulton says that class had 73 graduates, six of whom have not sat for a bar exam yet.

Fulton hopes that the council finds the law school back in compliance with the standard in February 2021, after its report is submitted. Also, he says the law school’s class of 2019 has an 86% interim ultimate bar passage rate.

Renee McDonald Hutchins, dean of the University of the District of Columbia David A. Clarke School of Law, told the ABA Journal that it will continue to work with its 2017 graduates for bar passage. According to ABA data, the 2017 bar passage rate at that school is 64.06%.

“In the last couple of years, the school has implemented a number of improvements that we believe will foster bar success for more of our graduates. As the District’s only public law school and one of just six HBCU law schools in the country, it is essential that we equip our graduates to become licensed attorneys should they wish to do so,” she wrote in an email to the ABA Journal.

Fernando Moreno Orama, the dean of the Pontifical Catholic University of Puerto Rico School of Law, told the ABA Journal that its class of 2017 first took the bar exam shortly before Hurricane Irma and Hurricane Maria struck, and those who did not pass on their first attempts retook the exam under very difficult circumstances. The island has three law schools; and only one, the University of Puerto Rico School of Law, is currently in compliance with the retooled ABA bar passage requirement.

“Standard 316 has a disproportionate impact in Puerto Rico and its repercussions were not taken into account when approving the new accreditation standard,” he wrote in an email to the ABA Journal.

For his law school the class of 2017 bar passage rate is 70.87%. They are working with an “innovative bar preparation program,” Moreno wrote, to support students and are in talks with the Supreme Court of Puerto Rico’s chief judge about creating a bar exam that they think would be more fair.

Peter Goplerud, the president of the Florida Coastal School of Law, shared a statement with the ABA Journal that he sent to the school’s community. According to the communication, the council has given guidance that law schools with class of 2017 pass rates below 75% can demonstrate compliance with Standard 316 if subsequent years have pass rates at or above 75%.

“Given these facts, Florida Coastal will be seeking an expedited decision from the council regarding compliance,” the communication states.

It did not say how many graduates were in either class or how many people from those years have yet to pass a bar exam.