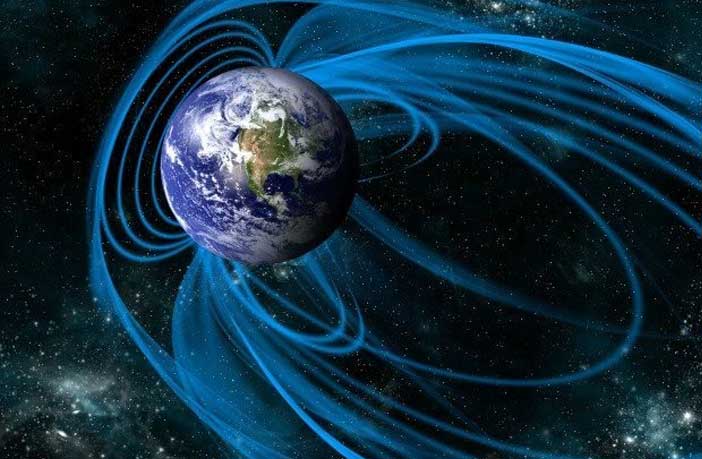 Scientists: Earth’s Magnetic Field Is Acting “Weird”, We Could Experience A “Shudder”
By Editor May 4, 2018 No Comments
http://www.theeventchronicle.com/editors-pick/scientists-earths-magnetic-field-is-acting-weird-we-could-experience-a-shudder/

Scientists are saying that the Earth’s magnetic field is acting strangely, and at some point, we could all experience a shutter. Although we are being told we won’t experience a magnetic pole reversal in the near future, something incredibly strange is going on.

The Earth is showing signs that the poles will flip, yet scientists are denying it will happen soon.

The Earth has a fierce molten core that generates a magnetic field capable of defending our planet against devastating solar winds. This magnetic field is vital to life on Earth and has weakened by 15 percent over the last 200 years. This protective field acts as a shield against harmful solar radiation and extends thousands of miles into space and its magnetism affects everything from global communication to power grids.

An international team of scientific experts compared the current state of Earth’s magnetic field with conditions during the Laschamp event (about 41,400 years ago) and the Mono Lake event (about 34,000 years ago). On both those previous occasions, the Earth’s magnetic field “recovered” without a flip, and the scientists think the same will happen now.

“There has been speculation that we are about to experience a magnetic polar reversal or excursion,” says one of the team, Richard Holme from the University of Liverpool in the UK. “However, by studying the two most recent excursion events, we show that neither bear resemblance to current changes in the geomagnetic field and therefore it is probably unlikely that such an event is about to happen. Our research suggests instead that the current weakened field will recover without such an extreme event, and therefore is unlikely to reverse.”

In a new report, Daniel Baker, who is the director of the Laboratory for Atmospheric and Space Physics at the University of Colorado in Boulder, claims if a magnetic pole reversal happens, it is likely to render some areas of the planet “uninhabitable” by knocking out power grids. Baker’s comments were made in an in-depth Undark report written by Alanna Mitchell, who has a new book about the topic titled “The Spinning Magnet: The Electromagnetic Force that Created the Modern World and Could Destroy It.”

Human beings would survive a pole reversal, but it could cause serious problems with satellite, communications, and power systems. There’s also the possibility it might interfere with the planet’s temperature and climate, but scientists just aren’t sure at the moment what the effects will be because the last full flip was 780,000 years ago, after all. But trust them when they say we won’t experience the grid failures of a pole reversal any time soon…
————————————-