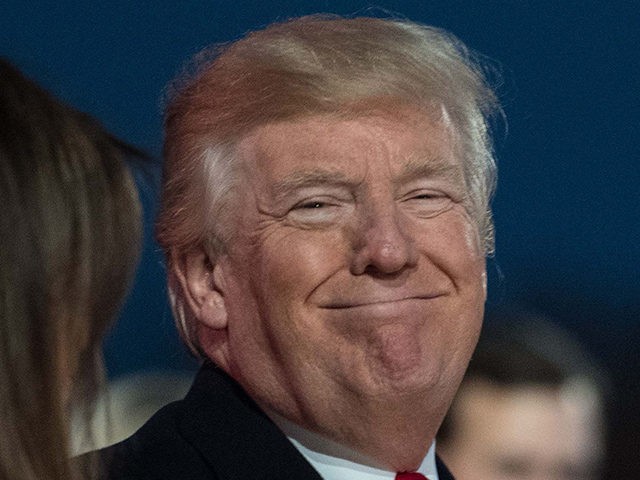 (US President Donald Trump smiles as US Secretary of the Interior Ryan Zinke looks on during the 95th annual National Christmas Tree Lighting ceremony at the Ellipse in President’s Park near the White House in Washington, DC on November 30, 2017. / AFP PHOTO / NICHOLAS KAMM (Photo credit should …
NICHOLAS KAMM/AFP/Getty Images)

Go to the link above to listen to the whole story.

Nearly every single candidate for the Democratic Party presidential nomination in 2020 criticized President Donald Trump’s tweet Sunday morning advising left-wing members of Congress to “go back and help fix the totally broken and crime infested places from which they came.”