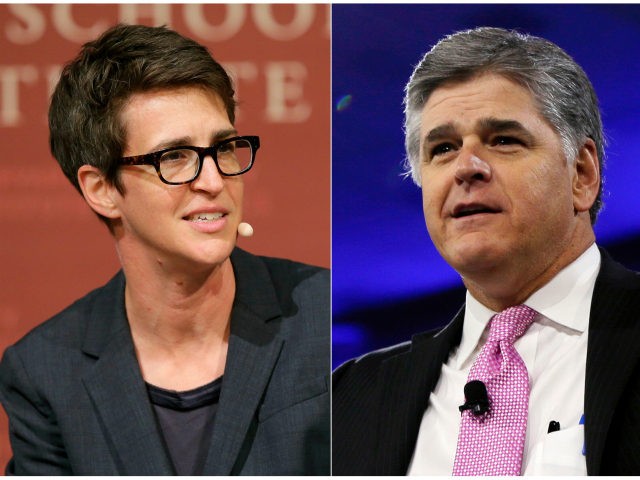 While Fox News grew its audience last week, CNN and MSNBC saw their audience flee by double digits.
Compared to this same week last year, the Fox News primetime audience grew by four percent, while MSNBC lost 15 percent of its audience, and the far-left CNN collapsed by a whopping 21 percent.

In total day viewers, Fox News grew by one percent, while MSNBC lost 15 percent of its viewers and CNNLOL lost a quarter of its viewers — a quarter! — a full 25 percent.
Here is the primetime total viewers breakdown for the week of July 15…
FOX: 2.55 million
MSNBC: 1.66 million
CNNLOL: 873,000

Fox News is not only attracting more primetime viewers than MSNBC and CNNLOL combined, even though Fox is already number one and appears to have no place to go but down, but is still growing its audience.

Meanwhile, CNNLOL, which has nowhere to go but up, still manages to go down. This fake news outlet is determined to prove there is a viewer number lower than zero.

CNNLOL, which has been in far-last place for years and has still lost viewers for years, is a five-alarm disaster, an unreliable conspiracy theory outlet that takes enormous pride in sinking its own ship — you know, if that’s what it takes to continue to deceive the public and encourage political violence.

Sidney Lumet’s classic movie Network (1976) revolves around a last-place network that brushes aside things like ethics, truth, morality, and decency as a means to increase its audience. No one could have ever imagined a news outlet like CNNLOL would someday come along and do the same even as its ratings hit all new lows week after week after week…

I’m starting to believe CNN chief Jeff Zucker is a brilliant right-wing plant hired by the late Roger Ailes to destroy CNNLOL in the most humiliating and permanent way imaginable.

As far as MSNBC, that network’s fall can be solely attributed to one thing: the debunking of the media’s Russia Collusion Hoax, which MSNBC, and most especially Russia Hoax Queen Rachel Maddow, went all-in on.

In primetime and in total day and in all of cable TV, Fox and MSNBC rank number one and two, respectively.

CNNLOL, however, was 11th in primetime and 7th in total day.

Things are so bad at CNN that a Discovery Channel spin-off network, Investigative Discovery, is attracting more primetime viewers.

In the all-important 25-54 age demo that sets advertising rates, everyone was down, but once again, MSNBC and CNNLOL were way, way down.

During primetime, Fox News slipped 11 percent, but MSNBC is down 33 percent, while CNN bottomed out with a 38 percent drop.

Poor MSNBC… For a while, the openly left-wing outlet (that’s a compliment) was right on the heels of Fox News. Rachel Maddow and Sean Hannity were slugging it out for first place. But MSNBC, and Maddow, most especially, went way too far in gambling for a Big Win with the Mueller Report (which proved there was no collusion or obstruction).

Now MSNBC is a distant second place to Fox and Maddow is fighting for fourth place behind Hannity, Tucker Carlson, and Laura Ingraham.

The ratings collapse at CNN and MSNBC at least proves one thing: even Trump-hating leftists hate to be lied to and deceived.