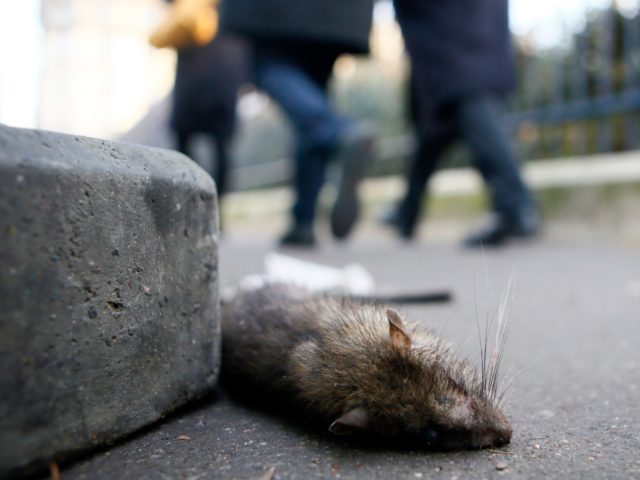 National pest control company Orkin rated Baltimore as one of the Top Ten “Rattiest Cities” in the country in 2018.
All of Orkin’s Top Ten “Rattiest Cities,” which includes Baltimore as the ninth on the list, are currently run by Democrat mayors and have been dominated by Democrats for decades:
Chicago
Los Angeles
New York
Washington, D.C.
San Francisco
Detroit
Philadelphia
Cleveland
Baltimore
Denver

Washington, D.C. has never had an elected Republican mayor.

Both New York City and Los Angeles have been dominated by Democrats for decades, with three notable exceptions. Republican Rudy Giuliani served as mayor of New York City from 1994 to 2001, and Republican Ralph Riordan served as mayor of Los Angeles from 1993 to 2001. Michael Bloomberg was a Democrat who changed his party affiliation to Republican before he was elected mayor of New York City in 2001. He ran an independent when he was re-elected to a third term in 2009, and recently changed his party affiliation back to Democrat.

Patch.com reported in October:
Charm City is once again among America’s “Rattiest Cities,” according to a new report from pest control company Orkin, although it has shown progress in each of the past two years. Baltimore comes in at No. 9 on the company’s 2018 rankings released Monday.

This is the fourth year that Orkin has compiled the rankings, which are based on the number of rodent treatments the company performed from Sept. 15, 2017 to Sept. 15, 2018. It includes both residential and commercial treatments.

Orkin released its list of the “Rattiest Cities” in the country on October 15:

As the temperatures outside decrease, the rodent sightings increase. Orkin released its Top 50 Rattiest Cities list today, and for the fourth consecutive time, Chicago takes the top spot.

Orkin described the problems rats cause in its press release:

“Rodents don’t need much of an invitation to enter your home,” said Chelle Hartzer, an Orkin entomologist. “A rat can squeeze through an opening as small as a quarter, while a mouse can wedge its way into a hole smaller than a dime.”

They chew through just about anything and can cause structural damage as they gnaw on electrical wires, gas lines and support beams. It’s estimated approximately 25 percent of unexplained fires start from rodent chewing.

“Aside from causing structural damage, rodents can carry hundreds of pathogens that can transmit various diseases and dangerous parasites. Additionally, they constantly leave behind droplets of urine as they travel each day. These droppings can contribute to asthma and allergic reactions, especially in children,” Hartzer added.

The only good news for Baltimore residents is that the rat problem is not worse than it was in 2017, when it was rated by Orkin as the eighth “Rattiest City” in the country.

One thought on “The only good news for Baltimore residents is that the rat problem is not worse than it was in 2017, when it was rated by Orkin as the eighth “Rattiest City” in the country.”