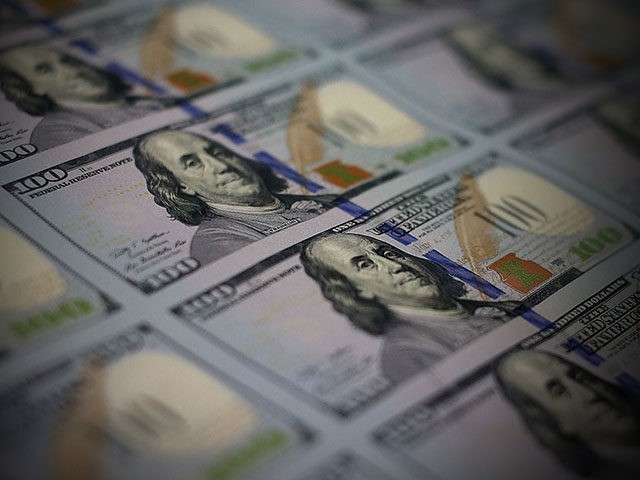 The following article is sponsored by Capital Research Center.

A largely unknown, massively funded strategy company pushing the interests of wealthy leftist donors has been quietly behind a hydra-like dark money network of pop-up groups designed to look like grassroots activist organizations. These front groups push everything from opposition to President Trump’s proposed border wall to support for Obamacare to gun control to government control of the Internet to pro-abortion activism and other leftwing causes.

The secretive Arabella Advisors may be one of the most impactful and sophisticated leftist funding outfits that you never heard of, a centralized hub that runs nonprofit arms that in turn have spawned a nexus of hundreds of front organizations outwardly designed to appear grassroots but that evidence the common theme of more government control in the lives of Americans.

Sen. Rick Scott Calls Out Dems on Migration: ‘It Is Disgusting What People Are Doing’

Arabella’s vast network was unmasked in an extensive exposé by conservative watchdog Capital Research Center, which documents the shadowy system developed by, housed in, and staffed by the for-profit, privately held Arabella Advisors.

The Arabella firm in turn manages four nonprofits: the New Venture Fund, Sixteen Thirty Fund, Windward Fund, and Hopewell Fund. It is these nonprofit entities that play host to hundreds of groups and projects that promote interests and political movements strategically deployed in an ongoing campaign to nudge the country to the left.

Arabella’s nonprofits spent a combined $1.16 billion from 2013-2017 alone with the aim of advancing “the political policies desired by wealthy left-wing interests through hundreds of ‘front’ groups,” according to the report. “And those interests pay well: the network’s revenues grew by an incredible 392 percent over that same period.”

“Together, these groups form an interlocking network of ‘dark money’ pop-up groups and other fiscally sponsored projects, all afloat in a half-billion-dollar ocean of cash,” states the report. “The real puppeteer, though, is Arabella Advisors, which has managed to largely conceal its role in coordinating so much of the professional Left’s infrastructure under a mask of ‘philanthropy.’”

A specialty of the Arabella network seems to be the quick turnover of hundreds of “front” groups, especially websites timed to impact current events and designed to look like “grassroots” Astroturf organizations but that actually function as part of an orchestrated movement to advance the political interests of hidden leftist donors.

“At a glance, these groups — such as Save My Care and Protect Our Care — appeared to be impassioned examples of citizen activists defending ObamaCare,” according to the report. “In reality, neither ‘not-for-profit’ advocacy group appears to have paid staff, held board meetings, or even owned so much as a pen.”

In one case, an organization calling itself Demand Justice, founded by former members of Hillary Clinton’s 2016 presidential campaign, quickly thrust itself into the center of opposition to Trump’s Supreme Court pick Brett Kavanaugh.

Even before Trump announced Kavanaugh as his nominee, Demand Justice committed to spending about $5 million to oppose the eventual pick. As soon as Kavanaugh’s name was selected, the organization immediately deployed an anti-Kavanaugh website and helped lead news making national activism during the confirmation hearings.

Yet what the news media missed is that Demand Justice is fiscally sponsored by the Sixteen Thirty Fund, one of Arabella’s nonprofits, as the Capital Research Center report reveals.

The report shows similar setups have spawned organizations that serve as the backbone of the Obamacare support network, promote gun control, support pro-abortion activism, champion open border policies, and even advocate for a centralized government role on the Internet.

Arabella Advisors was founded by Eric Kessler, whose bio on the firm’s website identifies him as “a serial entrepreneur who has started, led, and advised organizations pursuing social change across the country and around the globe.”

Curiously missing from his official bio, but documented in the Capital Research Center report, is the detail that Kessler served as a member of the Clinton Global Initiative, an arm of the controversial Clinton Foundation.

The report concludes by asking, “Given that many of the groups managed by Arabella frequently call for transparency in the funding of campaigns and policy advocacy, they may first consider voluntarily disclosing their own funding sources. Why shouldn’t transparency begin at home?”