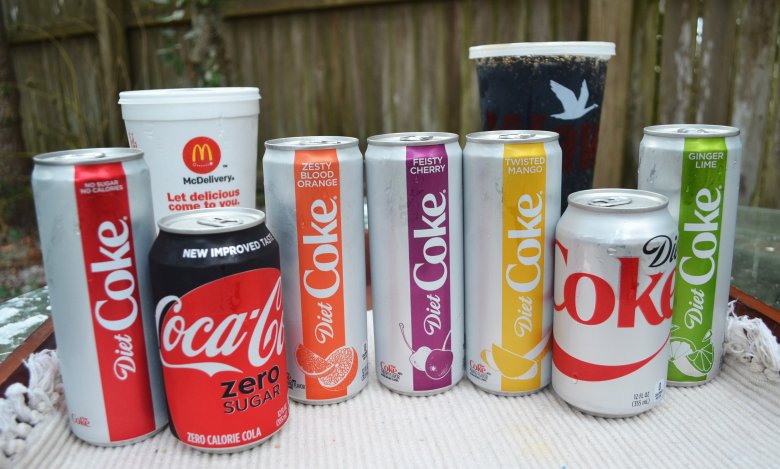 Facebook72Email
Print Friendly, PDF & Email
artificial-sweetener(NaturalHealth365) According to the great physicist, Albert Einstein, insanity is “doing the same thing over and over again and expecting different results.” Well, in the case of diet soda or other products that use an artificial sweetener, millions of consumers hope to lose weight or ‘get healthy’ by drinking these products, yet end up ruining their health.

The reason is simple: research shows that aspartame – the main and most popular type of artificial sweetener on the market – causes oxidative stress in the brain, a dangerous type of cell damage associated with inflammation, accelerated aging, and chronic disease.

Editor’s note: If you have any doubt about the dangers of aspartame – which is used in MANY diet products, I urge you to look (and listen) to this epic podcast. (shocking details!)

Consuming any artificial sweetener will INCREASE your risk of brain problems, according to research
In a 2017 study published in the African Journal of Traditional, Complementary, and Alternative Medicines, researchers discovered some disturbing data: the level of brain neurotransmitters serotonin, GABA, and dopamine were reduced in rats who had been fed aspartame compared to a control group.

Additionally, the aspartame-fed rats had higher levels of norepinephrine (a stress hormone) and acetylcholine and lower levels of brain antioxidant activity.

Based on their data, the authors concluded that consuming aspartame disrupts normal neurochemical function and causes oxidative damage to brain cells. They also pointed out that the effects of aspartame were dose-dependent – meaning that the more artificial sweetener consumed, the greater the negative effects.

This should be a major warning bell, especially when we realize that at least 20% of Americans consume diet soda every day, according to the U.S. Centers for Disease Control and Prevention (CDC). And it’s not just soft drinks: remember that aspartame is also things like gum, candy, diet fruit juice, and yogurt!

Diet soda drinkers will probably NOT like this message, but it’s just the truth
Of course, this isn’t the only study (by a long shot) that shows how aspartame is hazardous to your health. We already reported on findings from the famed Framingham Heart Study Offspring cohort, which assessed dietary habits of over 4,372 participants.

This study showed that people who consumed even just ONE can or bottle of a diet soft drink had nearly TRIPLE the risk of Alzheimer’s disease and other forms of dementia.

And another 2014 study published in PLOS One found that while rats fed with aspartame had lower body masses, they also had disrupted gut bacteria, higher blood sugar, and increased insulin resistance…yet somehow, people are supposed to believe drinking diet soda is good for people with diabetes!

Other research on animal models has also shown that aspartame is carcinogenic, too…rings a bell?

Two other types of artificial sweetener (cyclamate, aka Sucaryl, and saccharin, aka Sweet’N Low) were pulled off the market back in the 1970s because lab test showed they cause cancer in animals.

Yet somehow American consumers are supposed to believe that any other artificial sweetener is ‘perfectly safe.’ Let’s be real: if it walks like a duck, looks like a duck, and sounds like a duck…you get the idea.

Besides, aspartame is 200 times sweetener than sugar and can keep you in the food craving trap even worse than real sugar (which still isn’t a good choice, by the way).

Your best bet: avoid artificial sweeteners. If you need to satisfy your sweet tooth, opt for natural alternatives instead, including Stevia, organic local raw honey, and blackstrap molasses.