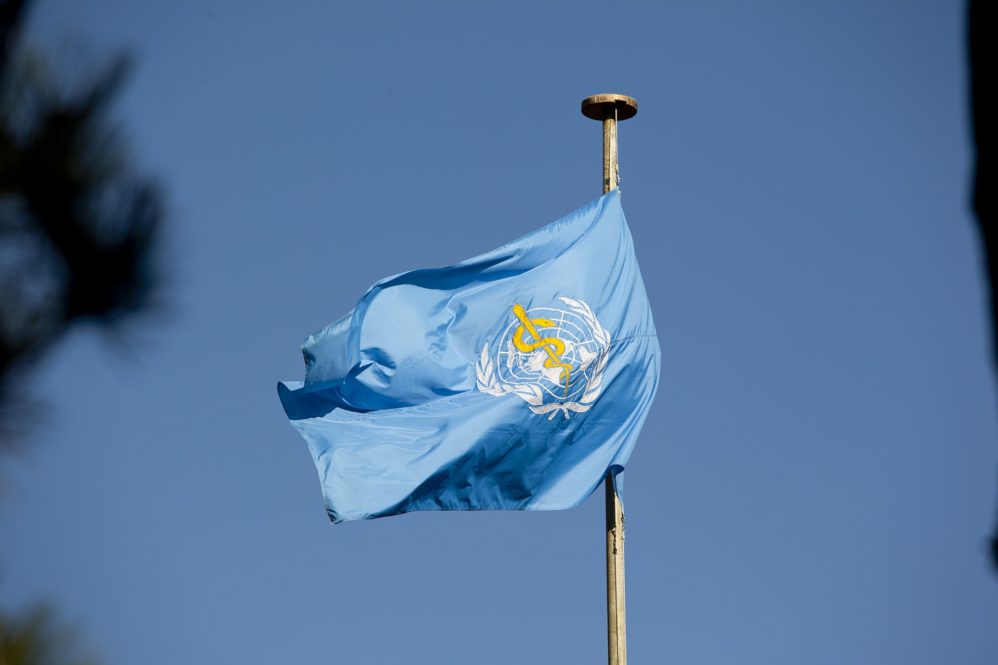 Celebrities Organize Major Benefit For China-Complicit WHO
There are better partners than an organization that has made headlines for bending over backwards to defend the Chinese Communist Party amidst a tragedy it played a part in spreading worldwide.

The Wuhan coronavirus outbreak is finally forcing a conversation about our vast economic entanglements with communist China. While we’re reevaluating those ties, celebrities are flocking to TikTok and raising money for the China-complicit World Health Organization.

Lady Gaga is helping organize a major star-studded special on April 18, set to air across CBS, ABC, and NBC. The list of celebrity participants is long and full of A-listers. Make no mistake, this is a major television event. It’s also funding and legitimizing the WHO, which has defended the Chinese Communist Party’s reprehensible response to the outbreak.

But that’s where Gaga’s benefit will direct people to send donations. “In addition to raising awareness about social distancing measures that can slow the spread of the virus, the virtual special will encourage donations to WHO’s COVID-19 Solidarity Response Fund, which provides protective equipment and medical supplies for healthcare workers,” according to Forbes.

The WHO is obviously at the center of efforts to facilitate a global response to this global virus, but there are better partners than an organization that has made headlines for bending over backwards to defend the CCP amidst a tragedy it played a part in spreading worldwide.

An editorial in National Review put it well when it said, “The record is clear: The WHO has lent its imprimatur to Chinese disinformation and blessed China’s slow response to its domestic outbreak, which likely caused a 20-fold increase in cases, according to a University of Southampton study.”

As Richard Tren wrote in The Federalist, “The WHO praised and supported China in spite of the fact that Chinese authorities had been consistently attempting to cover up the pandemic and lied about it publicly. Not only that, as National Review has documented, the Chinese punished those brave physicians who attempted to raise the alarm. As a result, what could have been a local or perhaps regional health problem became a global pandemic, the likes of which we have not experienced for 100 years.”

Tren continued, “For years, Taiwan has sought membership in the WHO, but China has blocked it, claiming the independent and democratic nation as a province. To date, the WHO has kowtowed to China, even though Taiwan has a better record on public health than the communist dictatorship.”

‼️WOW‼️ Bruce Aylward/@WHO did an interview with HK's @rthk_news & when asked about #Taiwan he pretended not to hear the question. The journalist asks again & he hangs up!

She calls back & he said "Well, we've already talked about China."

😷Hong Kong World City 🖐🏻☔️
@HKWORLDCITY
‼️WOW‼️ Bruce Aylward/@WHO did an interview with HK’s @rthk_news & when asked about #Taiwan he pretended not to hear the question. The journalist asks again & he hangs up!

She calls back & he said “Well, we’ve already talked about China.”

Embedded video
38.4K
7:40 AM – Mar 28, 2020
Twitter Ads info and privacy
30.8K people are talking about this
Complicity with the CCP, by the way, means complicity with a regime that attempted to cover up the outbreak, costing lives in its own country and others. There’s also its repression of ethnic minority Muslims and other human rights violations, but we already know the entertainment industry actively turns a blind eye to that.

All this to say Gaga and co. could have found a much better charity than the WHO. To be perfectly clear, I’m sure their efforts will be of great benefit to the brave health-care workers who need resources right now. I pray that’s the case. Rather than accomplishing that through another charity, however, they’re legitimizing the WHO, which is complicit with the corrupt CCP.